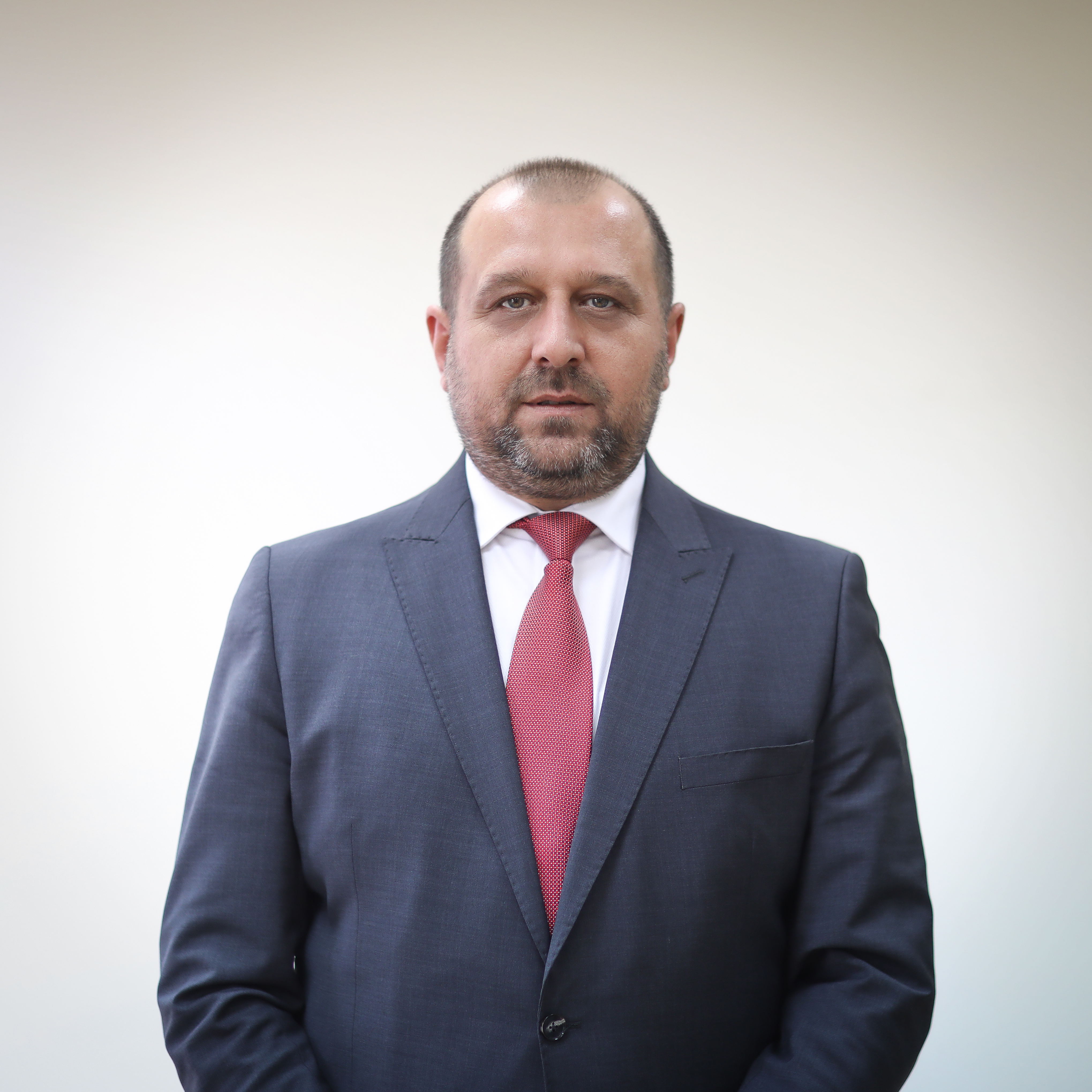 Mr.Dushi finished his studies at the Faculty of Law of the University "Hasan Prishtina" in Prishtina, where he received the title of Master of Legal Sciences, in the Constitutional-Administrative subject.

Also, he has passed the BAR Exam, where he worked as a lawyer in Prishtina for a certain period during 2018.

Mr.Dushi was the National Coordinator against Domestic Violence and Gender-based Violence, within the Government of the Republic of Kosovo.

In 2013, he published the book "The Test Trial of Elections in Kosovo: From Legislation to Results".

He is continuously present with publications and various analytical views in different professional journals and in the media on the subjects of constitutional point of view on the elections and the field of human rights.

He is a Part time lecturer at the Faculty of Law at AAB College.

Mr. Dushi currently holds the position of the Director of the Inspection Department in the Municipality of Prishtina.

Supervises and inspects all negative phenomena encountered in the territory of the Municipality of Prishtina;

Supervises and verifies whether citizens apply or meet the requirements of municipal acts in the administration of their property ;

Prohibits the illegal occupation of land, buildings and facilities of the municipality ;

Supervises the process of building, altering, transforming, and demolishing of objects;

Supervises the water supply network, unlicensed connections in the network, and prevents the mis-use of drinking water;

Supervises illegal connections to the public sewerage network, intervention of public roads without permission, sidewalks and other public areas;

Supervises the process of production, processing, storage, transportation of food, equipment and tools;

Supervises the objects as well as the equipment for drinking water supply ;

It is responsible for the confiscation of suspicious goods which pose a risk to public health, and its disposal, in accordance with the applicable rules and procedures;

Inspects the business spaces, objects , equipment and tools, for the production and circulation of agricultural products;

Inspects industrial activities that can cause air, land and water pollution

Ensures that adequate security measures are taken on buildings in construction, other surrounding objects and in traffic also;

Verifies the accuracy and authenticity of the documentation, which the investor, in accordance with the law, must have available at the construction site;

Makes decisions for the termination of construction, in case of discrepancies with the requirements of the construction permit;

Makes decisions for the demolition of constructed buildings, in case of discrepancies with the requirements of construction permits

Supervises the fulfillment of the sanitary-technical and hygienic conditions, in the process of issuing the construction permit, in accordance with the applicable law;

In accordance with the law, he takes protective measures for the health of the population from the harmful impact of tobacco products and smoking ;

Supervises the implementation of provisions relating to the health control of animals, food of animal origin, meat and meat products, objects and equipment for meat preservation and sale;

Supervises the implementation of the provisions for the placing of advertisements of all kinds;

Supervises the implementation of legal provisions in the field of traffic and motor vehicles in public circulation;

Supervises, controls and takes precautionary measures, against illegal carriers and those who do not respect the schedule set by the competent organ;

Inspects public roads in which works are  carried out, for example during design, construction, reconstruction;

Supervises the implementation of legal provisions for protected areas of nature, from contamination, waste and hazardous substances;

Inspects activities that cause environmental disturbances and identifies the responsible party, which has caused disorders;

It supervises the implementation of legal provisions for the management and conservation of natural resources (cutting of forests, sand extraction in rivers etc.) ;

Inspect the work of the quarries;

Ensures and takes measures to ensure that the agricultural land is not used for other purposes;

Orders the implementation of fire protection measures in cases of incineration by the user or owner of the agricultural land;

It implements agro-technical measures for the conservation and protection of plantings and other crops ;

Performs other work, in accordance with applicable laws within the area of ​​activity of the Directorate.

For the purpose of exercising the functions defined by the legal provisions in force, the Directorate of Inspection is organized in the following sectors: